I hold two Bachelor of Science degrees. My first degree is from Virginia Tech in Accounting. I worked in various accounting jobs, but eventually I felt that I needed to return to my love of music. I started teaching guitar part-time in 1991, and I earned my second Bachelor of Science degree in 1999 from Central Michigan University in Music Theory and Composition. I've been teaching full-time since 1994.

I have played in numerous ensembles including rock/pop bands, choral groups, pit ensembles for musical theatre, and even symphony. I've also played solo for weddings and other events. My performances have covered rock, pop, alternative, blues, jazz, and classical.

I believe that the best musicians grew up with music around them almost constantly from a very early age. Their parents may also have been musicians and their mothers played various rhythmic games, and sang songs with them. By the time these musicians started learning to play a musical instrument they already had developed an almost un-conscious understanding of music. This was not the type of household I grew up in. By the time I developed a love of music, I really had to work hard to become proficient in music. However, I think that this has made me a better teacher because I can understand why a student may find playing music to be difficult. I am very patient, and I tend to use an analytical approach to help students find their full potential. I will never tell students that they "just don’t have it."

I have had students that became extremely good guitarists/musicians, and I am very proud of them. However, if asked who my best student is I tend to think of the one(s) who have had very noticeable improvements in their musicianship and guitar playing even though it required an extreme amount of effort.

I hope this information helps you in your search for a guitar or electric bass teacher.

Thank you for your interest, 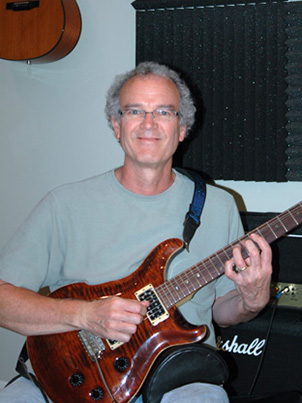